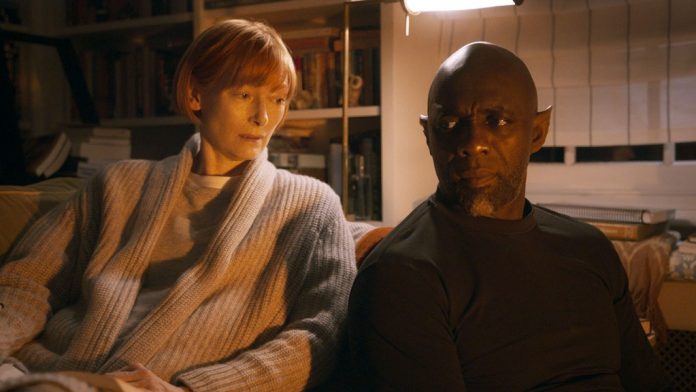 Critical reactions to Friday night’s Cannes Film Festival world premiere of George Miller’s Three Thousand Years of Longing spanned the spectrum. But regardless of how one feels about the quality of the movie — which tells the story of a scholar of story and mythology (Tilda Swinton) whose worldview is called into question when a djinn (Idris Elba) enters her life — it seems unlikely to be a major player come awards season.

Though the Academy will occasionally bite at a whimsical fairy tale — see Hugo (2011), Beasts of the Southern Wild (2012) and Jojo Rabbit (2019) — this sort of film is never an easy sell to hard-bitten Oscar voters. The fact that Cannes screened the film out of competition and that MGM-UAR intend to theatrically release it on the inopportune date of Aug. 31 suggests to me that they may recognize its limitations, too.

Meanwhile, at midnight heading into Friday, the Palais showcased another film out of competition which struck me as having the sort of pedigree that the Academy might respond to in the best international feature race — if, that is, it didn’t hail from a country with as deep a bench as South Korea’s. I’m referring to Hunt, a gripping action thriller which marks the directorial debut of Squid Game lead Lee Jung-jae, who also stars in this film about South Korean intelligence agents who fear a North Korean mole has infiltrated their ranks.

There are moments when one can slightly lose oneself in the film’s complex web of plots and characters, but the same was true of Z (1969) or Tinker Tailor Soldier Spy (2011), and, like those films, this one is never not gripping and entertaining. With Parasite backer CJ Entertainment behind it, it is likely to find a large audience. But South Korea is probably likelier to submit the work of a more experienced auteur — perhaps Park Chan-wook’s Decision to Leave or Hirokazu Kore-eda’s Broker, both of which will soon screen at Cannes in competition — as its Oscar entry.