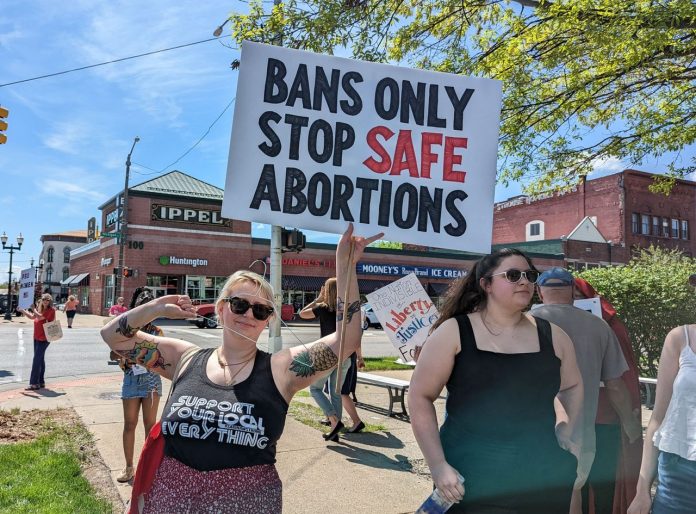 SAGINAW, MI – Amid soaring temperatures and intense sunlight, protestors gathered on the lawn in front of the Saginaw County Courthouse on Saturday to voice their concerns about the uncertainty surrounding abortion rights.

The demonstration comes after a leaked U.S. Supreme Court majority draft opinion suggested the U.S. Supreme Court could potentially overturn the historic Roe v. Wade case. The Associated Press reported the draft opinion stated there is no constitutional right to an abortion and that it would allow individual states to more heavily regulate or outright ban the procedure.

Note to readers: if you purchase something through one of our affiliate links we may earn a commission.