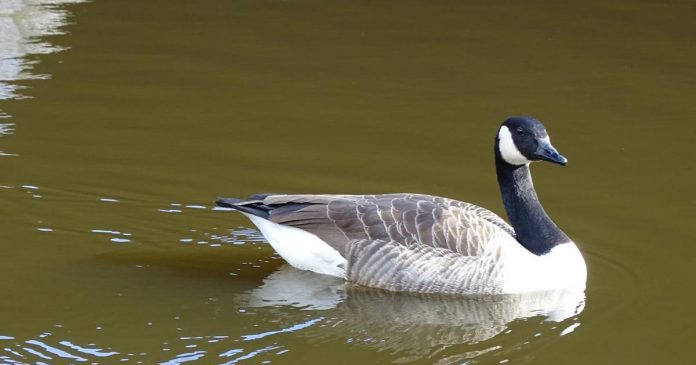 SPOKANE, Wash. – A non-commercial backyard flock in Spokane county is the second confirmed instance of highly pathogenic avian influenza (HPAI), colloquially known as bird flu, in Washington state. The affected flock was a mix of about 75 geese, chickens, ducks, and guinea fowl.

The goose was observed to have an abnormal gait, shaking its head, remaining stationary, and a lack of fear of humans. Other sick birds and a higher rate of deaths were also reported by the owner.

WSU Animal Disease Diagnostic Labratory (WADDL) detected H5N1 avian influenza virus in the flock, confirmed by the National Veterinary Services Labratory on May 7, marking the second detection of the virus in Washington state. The other instance was confirmed on May 5 in Pacific County, also in a backyard flock.

At this time, no bird flu has been detected in commercial poultry in Washington.

The veterinarian who submitted the goose quarantined the affected yard, and the birds of the flock were euthanized to prevent spread.

WSDA says presently, there is no immediate public health concern. Avian influenza does not affect poultry meat or egg products, which remain safe to eat. Wild and domestic poultry should always be properly cooked, however.

Commercial poultry farmers and backyard flock owners are encouraged to remain vigilant, and implement biosecurity measures and surveillance. Some best practices recommended by the USDA include:

Deaths or illness among domestic birds should be reported to the WSDA Avian Health Program at 1-800-606-3056.

For deceased or sick wild birds, please use the Washington State Department of Fish and Wildlife’s online reporting tool.

HPAI spreads through direct contact, fecal contamination, transmission through air, environmental contamination, and shared water sources. It can be transmitted from wild to domestic birds, and vice versa. Both wild and domestic waterfowl can be infected without showing symptoms of the disease.

State veterinarian, Dr. Amber Itle, said, “This second detection demonstrates how Washington is not immune to this virus, and I can’t emphasize enough how important it is to avoid exposure to wild waterfowl and shorebirds.”

She offered advice for bird owners. “One step owners should continue to take is preventing contact between their birds and wild birds by eliminating access to ponds or standing water on your property, and keeping different domestic species like ducks and geese penned separately from chickens and turkeys.”

Reducing or eliminating contact between wild birds and domestic flocks is the best way to protect domestic birds from this disease. Bird owners can bring their flocks inside and undercover to protect them from wild waterfowl.

Visit agr.wa.gov/birdflu or USDA’s Defend the Flock program for more information about avian influenza and protecting flocks from this disease.