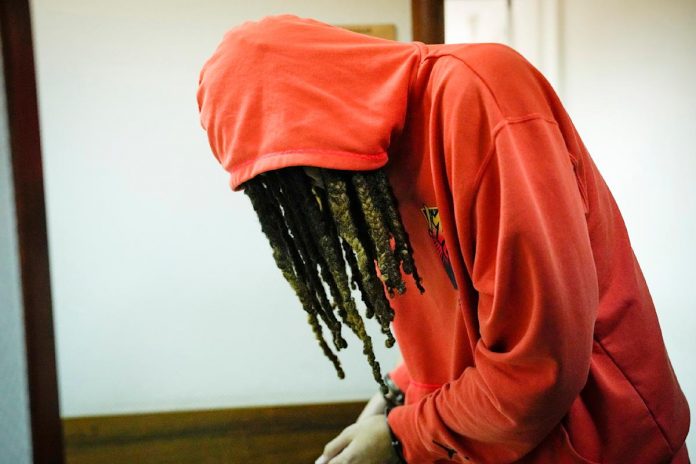 Brittney Griner appeared at a hearing in a Russian courtroom on Friday and had her pre-trial detention extended by a month, the WNBA star’s Russian attorney

Photos taken at the hearing show Griner leaving a courtroom outside Moscow handcuffed and wearing an orange sweatshirt with the hood pulled over her head.

The hearing had previously been scheduled for May 19, when Griner’s pre-trial detention period was set to end, but the date was moved up. The outcome was not a huge surprise as Russian officials are expected to proceed with the legal process while behind the scenes negotiations with the U.S. continue for Griner’s release.

A state department spokesperson told Yahoo Sports last week that ,” a significant development that suggests the Biden administration will more aggressively work to secure her freedom. Supervision of her case shifted to the Office of the Special Presidential Envoy for Hostage Affairs, which focuses on negotiating the release of American hostages and others deemed to be wrongfully detained in foreign countries.

Griner has been behind bars since Feb. 17 when she flew into a Moscow airport and . She is under investigation for the large-scale transportation of drugs and faces up to 10 years in a Russian prison if convicted.

The fact that a trial date has not yet been set suggests to some experts that Russian officials are purposefully elongating the process. The pre-trial investigation in a case like Griner’s should be relatively simple. The only witnesses appear to be Griner and the airport border guards who allegedly found the drugs. The primary evidence is the hashish oil allegedly obtained at the checkpoint.

“I have every expectation they will drag out the process as much as possible,” William Pomeranz, a professor of Russian law and the acting director of the Kennan Institute, told Yahoo Sports last month. “I think that essentially and unfortunately, Brittney is in the equivalent of a hostage situation. Russia has previously in this position proposed different prisoner exchanges for Russian citizens who have been convicted of illegal arms sales or drugs sales. I’m sure the Russians would at some point be happy to exchange Brittney for one of them.”