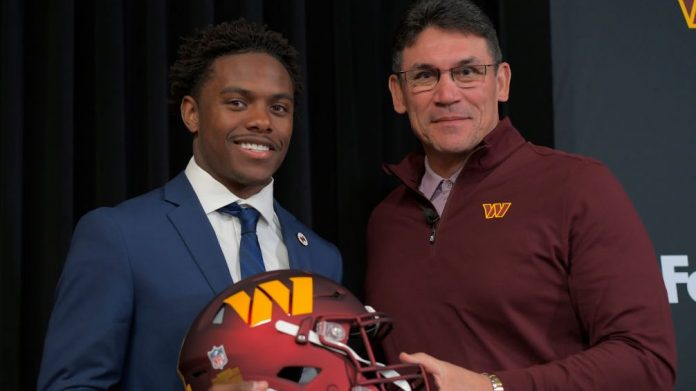 Commanders rookies reported for a minicamp this weekend, but one notable member of the group was not there for all of the activities.

First-round pick Jahan Dotson didn’t take part in the team’s workout on Saturday because he was back at Penn State for graduation ceremonies. The wide receiver said graduating was a big deal for him because “many people in my family haven’t achieved this goal,” but that he wasn’t planning to take time off from minicamp until he spoke to head coach Ron Rivera.

“I was actually ready to skip the graduation and be out here at practice,” Dotson said. “But he said that’s a once in a million type of thing. He was all for me going, so I honestly hadn’t even thought about skipping practice until he kind of brought that up.”

Dotson said the combination of being drafted, starting minicamp and graduating from college made for the “most exciting, spontaneous week of my life.” Now he’ll turn all his attention toward football in hopes of making an immediate and positive impact on the Washington offense.