He recently came out in support of his best friend and filmmaking partner Ben Affleck‘s rekindled romance with former fiancee Jennifer Lopez.

And Matt Damon was seen heading to dinner at celebrity-friendly Japanese eatery Nobu in Malibu, California on Saturday evening.

The Good Will Hunting star, 50, smiled while exiting his large black SUV as he entered into the restaurant to dine with his daughters Isabella, Gia and Stella.

Happy: Matt Damon was seen heading into dinner after leaving his car with the valet at trendy celebrity-friendly Japanese eatery Nobu in Malibu on Saturday

He was dressed in all black, with a hoodie on and a face mask hanging from one ear.

The sighting comes soon after the Stillwater star, who is close friends with Affleck, said there’s ‘no-one’ who wants to see his on-again romance with Lopez go the distance more than him, as he really wants them both to be ‘happy’.

When asked if he thought Ben and Jennifer would make it, Matt told The Carlos Watson Show: ‘Oh man, no one’s pulling harder than I am.

‘They’re both great. I just want for their happiness. They seem pretty happy right now.’ 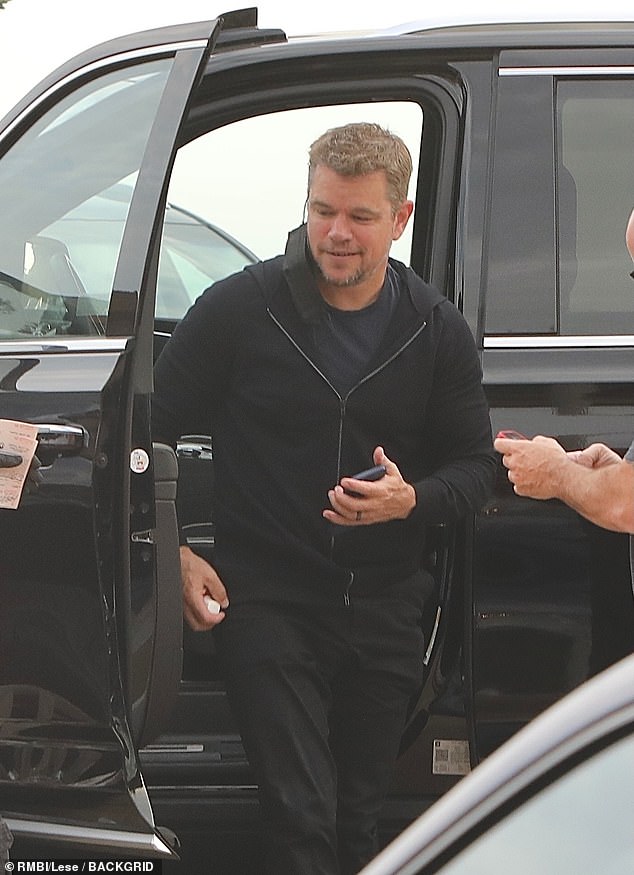 In black: The Good Will Hunting star, 50, smiled while exiting his large black SUV, on his way in to dine with his daughters

Matt has previously spoken about his pal’s relationship, as he told Extra last month he was ‘so happy’ for the couple amid their rekindled romance.

He said at the time: ‘He’s the best. He deserves every happiness in the world. I’m glad for both of them.’

Meanwhile, it was recently reported 52-year-old Jennifer – who previously dated Ben between 2002 and 2004 – is ‘fully committed’ to Ben, but they aren’t planning on getting married. 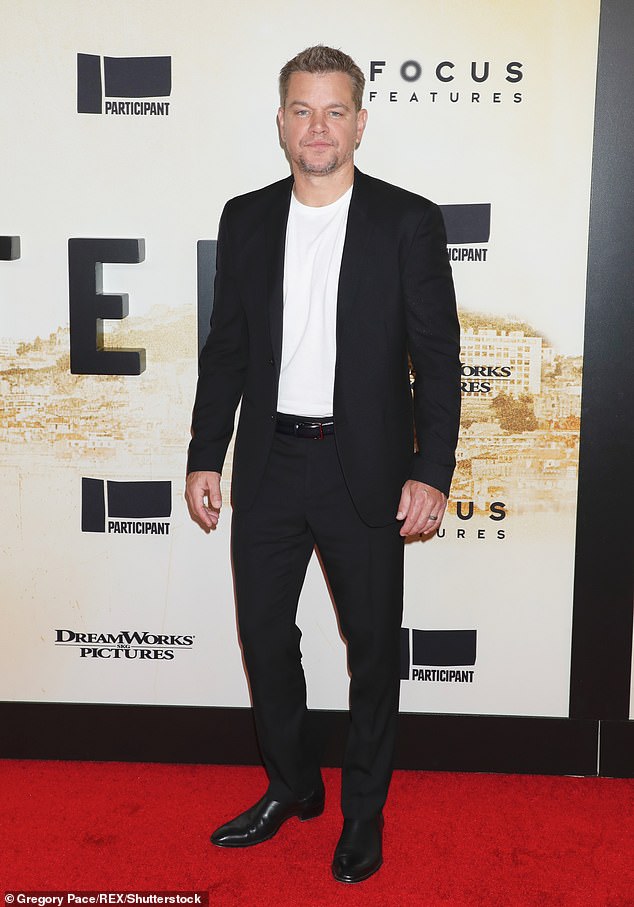 Supportive: The sighting comes soon after the Stillwater star, who is close friends with Ben Affleck, said there’s ‘no-one’ who wants to see Ben’s on-again romance with Jennifer Lopez go the distance more than him

Back on! The couple have recently reconciled, 17 years after calling off their engagement (pictured July 2021 in Los Angeles)

A source told E! recently: ‘They are fully committed to each other… They have been meshing their lives and families and don’t feel the need to get engaged yet or even tie the knot.

‘They have both been there and don’t feel it’s necessary. They are both very secure within their relationship and Ben worships her. It’s truly meant to be and everyone around them thinks they are a perfect match.’

However, the pair are likely to move in together soon, and the couple have been spotted house hunting together in recent months.

The couple were photographed this past week touring Bob Hope’s $40 million Toluca Lake estate, fueling rumors that the singer is looking to relocate to the West Coast from Miami, Florida for the actor.

They were reportedly touring the five-acre property once belonging to the famous British-American comedian at around 11:30AM, and spent an hour there.

An insider told ET Online last month that their ‘friends wouldn’t be surprised if they move in together and ultimately end up together. They’re spending all of their free time together and making each other a priority.’

Ben has three children – Violet, 15, Seraphina, 12, and Samuel, nine – with his ex-wife Jennifer Garner, whilst Jennifer has 13-year-old twins Emme and Max with her ex-husband Marc Anthony. 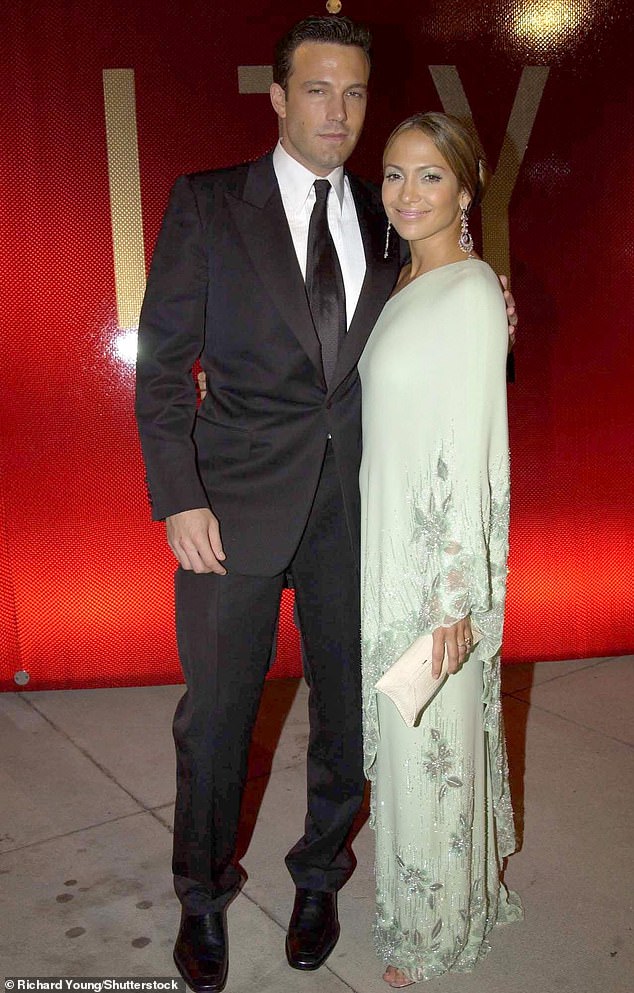 Devoted: Meanwhile, it was recently reported 52-year-old Jennifer – who previously dated Ben between 2002 and 2004 – is ‘fully committed’ to Ben, but they aren’t planning on getting married