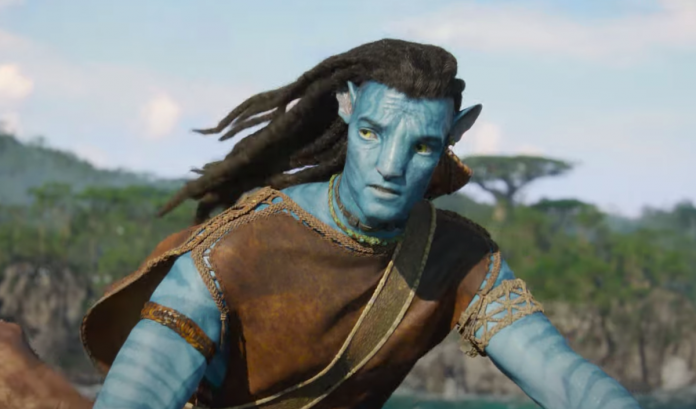 After 13 years and numerous delays, 20th Century Studios has finally released a glimpse into James Cameron’s “Avatar 2,” due Dec. 16. This marks the long-awaited sequel to the highest-grossing film of all time. The sequel’s official title is “Avatar: The Way of Water.”

After being re-released last year in China, the first “Avatar” overtook “Avengers: Endgame” as the most lucrative film of all time (according to ticket sales) when its revenue surpassed $2.8 billion globally. Its original run in the United States was unprecedented, with the film thriving in theaters for over 10 months.

The second “Avatar” is set to star many of the original film’s cast members, including Zoe Saldana as Neytiri, Sigourney Weaver in a new role and Sam Worthington as Jake Sully. Joining the cast are Kate Winslet as Ronal, Michelle Yeoh as Dr. Karina Mogue and Oona Chaplin as Varang, among others. The new film picks up where the last left off, with Sully and Neytiri building their family on the planet of Pandora and fighting new threats to its burgeoning civilization.

“Avatar 2” is scheduled for release on Dec. 16. Cameron initially said he was aiming for a 2014 release, which was pushed back seven times until its current date later this year. Shooting for the film wrapped back in 2020 in tandem with “Avatar 3,” which is set for a 2024 release. In his Variety Directors on Directors conversation with Denis Villeneuve back in December, Cameron said he combined the filming process for the first two sequels, plus “a little bit of ‘4.’”

“We mixed the schedules for ‘2’ and ‘3’ together, based on the types of scenes and the environments,” Cameron said. “I said, let’s just treat it like it’s a six-hour miniseries and we’re only going to go to Frankfurt once. We’re going to shoot all the scenes from ‘2’ and ‘3’ at the same time. That was more or less the motif.”