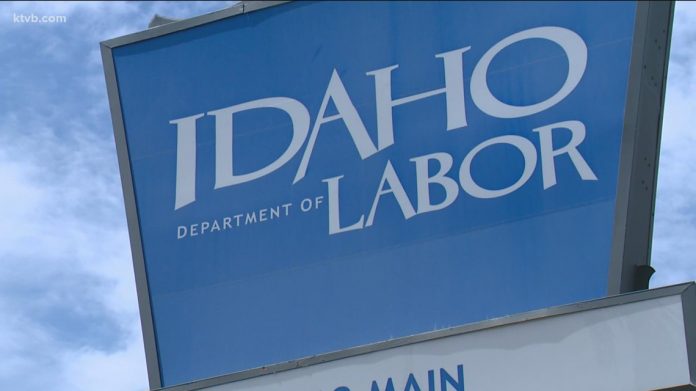 The Idaho Department of Labor said Friday that 913,000 workers have jobs while about 24,000 are looking for work.

BOISE, Idaho — Idaho’s unemployment rate in April dropped a tenth of a percent to 2.6% to mark a third consecutive month of historic lows since record-keeping started in 1976.

The Idaho Department of Labor said Friday that 913,000 workers have jobs while about 24,000 are looking for work.

The agency said Idaho’s nonfarm jobs exceeded expectations with an increase of 3,000 jobs to 815,500.

Those showing greatest job declines include arts, entertainment and recreation, and information.

The Idaho Department of Labor hosted a Teen and Young Adult job fair at Wahooz in Meridian on Saturday from 11 am – 2 pm. More than 30 employers were there, including Bogus Basin and Brundage Mountain Resort.

Jan Roeser, a regional economist for the Idaho Department of Labor, said the number of online jobs posted in southwestern Idaho, which includes 10 counties like Ada and Canyon, is somewhere around 18,000, which is an increase of 10% compared to last April. She added the civilian labor force is also up 4.5%.

See the latest news from around the Treasure Valley and the Gem State in our YouTube playlist: