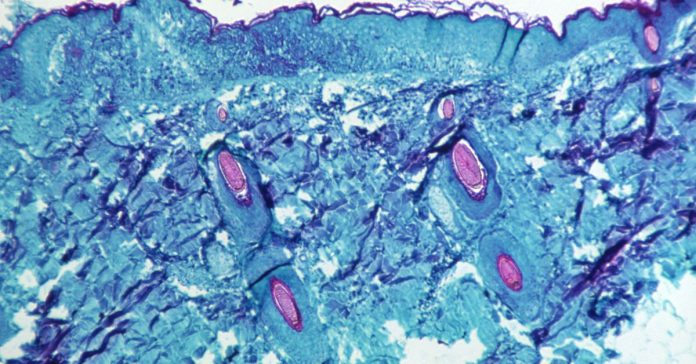 SYDNEY, May 20 (Reuters) – Australian authorities on Friday said they had identified a probable case of monkeypox infection in a traveller who had recently returned from Europe, with confirmatory testing underway.

A man in his 40s developed a mild illness several days after arriving back in Sydney with symptoms clinically compatible with monkeypox, New South Wales (NSW) state health department said. The man and a household contact are isolating at home.

Cases of monkeypox have been identified in several non-endemic countries in recent weeks, including in Europe and the United States.

Monkeypox, which mostly occurs in west and central Africa, is a rare virus similar to human smallpox, though milder. It was first recorded in the Democratic Republic of Congo in the 1970s. Cases in West Africa have increased in the last decade.

Symptoms include fever, headaches and skin rashes starting on the face and spreading to the rest of the body.

“People can contract monkeypox through very close contact with people who are infected with the virus. The infection is usually a mild illness and most people recover within a few weeks,” Chant said in a statement.

Review and case study illustrates the challenges of monkeypox

SIGA stock and Monkeypox plays lower as WHO rules out emergency status (NASDAQ:SIGA)