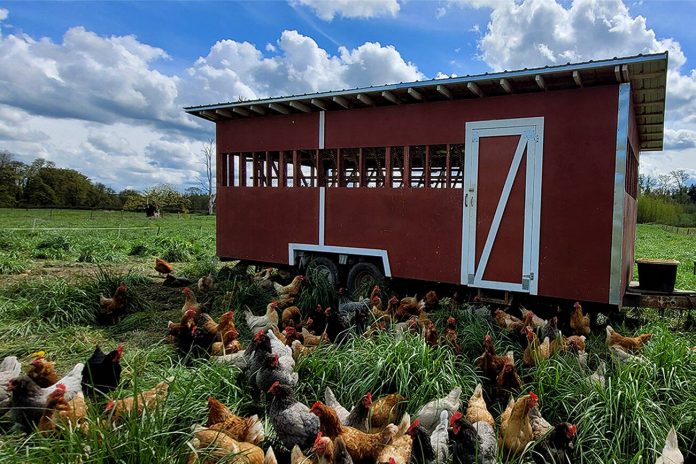 EVERETT — Snohomish County poultry farms are staying vigilant as cases of the deadly avian flu continue to rise throughout the state and country.

As of Friday, eight cases of the highly pathogenic strain of avian flu have been confirmed in backyard flocks in seven counties in Washington, according to the state Department of Agriculture. There were no confirmed cases in Snohomish County.

The virus is not considered a threat to people at this time.

Avian flu often kills domestic birds — such as chicken, ducks and geese — in days. Poultry are typically infected when they come into contact with wild birds.

“If you have a pond in your backyard, and they share a space with waterfowl, that’s a high risk factor,” state veterinarian Amber Itle said in an online Q&A on Thursday night. She advised fencing your poultry area to keep them away from waterfowl.

There have been no confirmed cases at commercial operations around the state. But the consequences are potentially devastating. Even if just a few birds become infected, the entire flock must be humanely euthanized, according to the agriculture department.

“The impact would be quite dramatic, even with our small flock,” said Libby Reed, owner of Orange Star Farm in Monroe. The farm raises about 50 ducks for eggs.

In Snohomish County, the poultry and egg industry brings in about $17 million a year.

Reed said her ducks are raised outside where there are lots of wild birds. But they don’t tend to commingle. Ducks have their own water source while wild geese land in a pond, she said.

The farm is making sure, however, to clean water and feed troughs to reduce contamination from wild birds.

The virus can also spread from farm to farm — for example, when people transmit it through their shoes or clothing.

“No other people besides me will handle the flock to limit the potential variables,” Reed said.

Skylight Farms in Snohomish is protecting its flock through good biosecurity measures, as it does in normal times, owner Petrina Fisher said. The farm raises about 500 chickens on pasture and sells eggs.

Employees wear clean clothes, wash their hands and are provided with work boots that stay at the farm.

“If it gets on your clothes or footwear, that’s where we have to be the most careful about making sure we are not carrying diseases to other farms,” she said.

Fisher said employees monitor for signs of illness, and have a quarantine area for sick birds.

On Friday, the state asked bird owners to skip fairs and exhibitions for 30 days after the last confirmed case.

“If flock owners could remain diligent for just a few weeks until the waterfowl complete their migration north, we should be able to get through the worst of it,” said Itle, the state veterinarian, in a news release from the agriculture department.

Bird owners who see signs of influenza, including multiple sick birds or multiple sudden deaths, are asked to call the state’s sick bird hotline at 1-800-606-3056.

More information about the bird flu is available at agr.wa.gov/birdflu